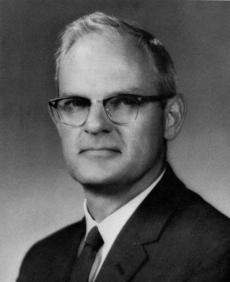 The American Academy of Oral and Maxillofacial Radiology (AAOMR) established “The Wuehrmann Prize” for the best radiology journal article of the year in 1995. The Award is named after Dr. Arthur H. Wuehrmann, a Distinguished Life Member of the Academy. Since then, 18 published articles have been selected. The purpose of the award is to recognize excellence in publishing, which happens to be the motto of our publisher, Mosby Inc. Click here for previous winning papers.

Dr. Arthur Henry Wuehrmann was born in Bayonne, New Jersey, on January 20, 1914. Having enjoyed a poor, but wonderful boyhood, he graduated from high school with, in his words, a pretty decent academic record in 1931. He entered Tufts College (now Tufts University) that year. In 1933 he matriculated to Tufts College Dental School. However, after the first year, his family’s funds became so depleted that he had to resign from his class. Happily the Trustees of the College must have seen his potential, because they created a free tuition scholarship for the remaining three years of his dental education. He graduated in 1937 and interned at the Forsyth Infirmary for Children. It was there that he met his wife, Jane Winslow, who was a dental hygiene student and to whom he has been married since 1939.

He bought a dental practice in Arlington, Massachusetts in 1938 for the vast sum of $2,500. Concurrently he taught part time at Tufts six mornings a week. After two years, the head of radiology at Tufts died, and Art asked for, and was given that teaching responsibility. In 1946 the school moved to new quarters and his department was enlarged. He was now spending 75% of his time at the school, the rest in practice, by now in Boston. In 1951, Art moved to Birmingham, Alabama, where a new school was being established. He developed a graduate program there. He gained federal grants for research and teacher training.

Although Art did not regard himself as a founding member of the American Academy of Oral and Maxillofacial Radiology, he is one of the first 65 members of the Academy, regarded by the first president as charter members, and the holder of Membership Certificate Number 11. He became active in Academy affairs while still at Tufts. He served as a Councilor, Vice-President and President of the Academy. He was the first chair of the then sub-committee on Specialization. He was a co-author of the widely used textbook Dental Radiology. He was the first Editor of our section of Oral Surgery, Oral Medicine, Oral Pathology, Oral Radiology. His tenure as Editor set the tone for the high standard in which the section is regarded. For these accomplishments we honor Art by presenting this prize, consisting of a plaque of recognition, in his name to the best article published in our section of the Journal during the past year.

The Wuehrmann Prize is given to a paper published in OOOO between July of the previous year and June of the year the prize is to be given. Papers eligible for the prize are those that present basic/clinical/epidemiological/survey research of relevance to OMFR that adheres to the principles of the scientific method. Position papers, case reports, and review articles are not considered for the Prize. Papers are judged based upon: (a) relevance to OMFR, (b) originality of research objectives and/or ideas presented, (c) innovativeness of study design (novelness of approaches/concepts), (d) appropriateness of epidemiological/statistical methods, and (e) clearness of presentation.